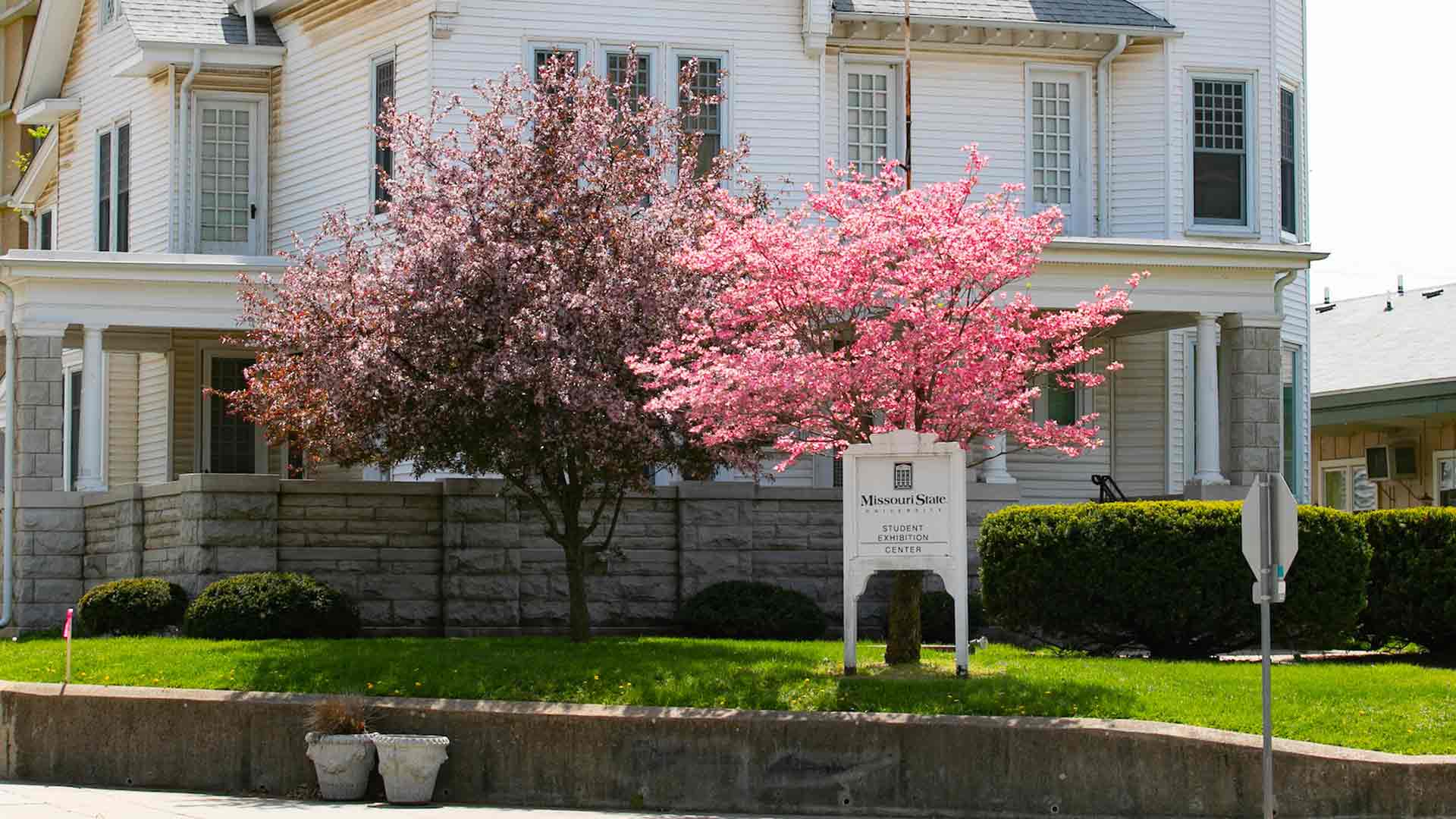 The Student Exhibition Center concluded the spring 2021 semester with its final exhibition, the BFA in Design student exhibition. As we transition out of this location and into our new gallery space at 326. N Boonville, we plan to use this space to celebrate the history of the SEC and the legacy of Mark J Hall.

Founded by a group of students led by Mark J Hall in 1986, the Student Exhibition Center (SEC) served the cultural needs of the Department of Art + Design, Missouri State University, and the Springfield community for 35 years.

Located in a three-story Victorian house formally known as the Massey/Sorosis House, the SEC was located on Historic Walnut Street and designated a Historic Landmark.

Built by Frank Massey in 1894, the house was one of the largest and most detailed homes in the area. In 1903, the house transitioned to a woman’s club, and later in 1940, the Sorosis Club purchased the property.

The original motivation for the university to purchase the house was student-centered. Art and Design students, led by Mark J Hall, expressed an interest in ensuring that adequate gallery space was available to exhibit their work, culminating in a student gallery space called the Student Exhibition Center.

In 2006, the SEC celebrated its 20th Anniversary. To commemorate this significant milestone, the Board of Governors voted to change the name of the endowment fund in honor of Mark J Hall and formally paid tribute by approving a plaque to be installed in the SEC to honor his efforts.

Today, Mark J Hall’s legacy lives on through the endowment and via a Best in Show award as part of the Department of Art + Design’s annual all-student juried exhibition.

You can explore previous exhibitions held at the SEC.